Ever since I made turkey burgers to put on the Provolone Turkey Eggplant Boats I made last week, I have been craving them.  This week I thought I would do something different.  On Pinterest I have been seeing a variety of recipes that have included stuffing bell peppers with different ingredients.  These recipes have intrigued me because of their beautiful presentation and simply because I love the taste of bell peppers.

When thinking about making another meal with ground turkey, I was trying to think of a creative way to serve it without using buns.  Again, for those of you that don’t already know, Mike and I are on a big health kick right now.  One of these days I’m going to write a post about a big ‘ol juicy burger that I’ve made that sits on a ginormous sourdough bun…*sigh* 🙂

Thinking back to the recipes I’ve seen on Pinterest, I thought why not take the recipe I was going to use for ground turkey and then stuff it inside red bell peppers.  This is what led to Turkey Stuffed Bell Peppers.

The meal was delicious.  Mike’s mom was at our house for dinner and she couldn’t stop raving about them through the next day.  Once again, I was preparing a separate meal for T.J. and Bompa of regular hamburgers and potato salad.  This was easy to do because I was able to make the turkey mixture, stuff the peppers, cover them and put them in the refrigerator earlier in the day.  Once suppertime came all I had to do was pull them out, season them, add a slice of cheese, and then bake them.

Hope you enjoy this recipe as much as we did…

**This recipe makes enough to serve 6 people.  I used half of it and froze the rest to be served over a baked potato sometime in the future.  You could also use the leftovers on buns for a healthier version of a loose meat sandwich.**

6 Slices of Cheese (Any kind of cheese would work.  I used Colby Jack.  Another option would be to use shredded cheese and mix it in with the turkey mixture.  You could make it as cheesy as you’d like.  I may try this next time.)

Preheat oven to 350 degrees (unless you are making the peppers ahead of time like I did).

In a large skillet, heat olive oil over medium-high heat and add garlic and onion.  Saute 3-5 minutes or until onion is translucent. 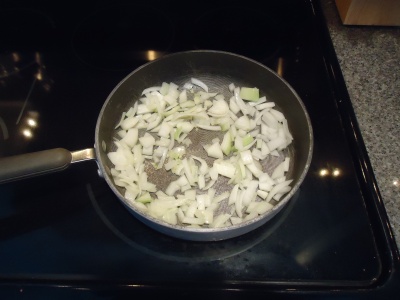 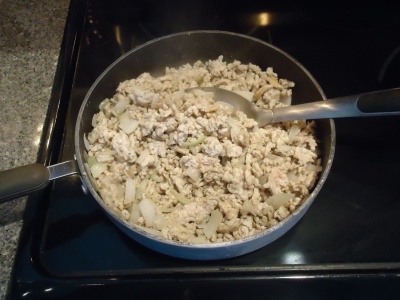 Remove turkey and place in a large mixing bowl.

Cut bell peppers in half and remove seeds from inside.  Again, I halved the recipe so you may have 6 halves. 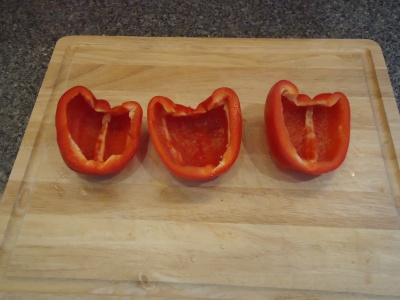 Bring a large pot of water to a boil. Once water is boiling add peppers and let boil 3-5 minutes and remove.

Add breadcrumbs and diced tomatoes to turkey mixture and stir to combine. 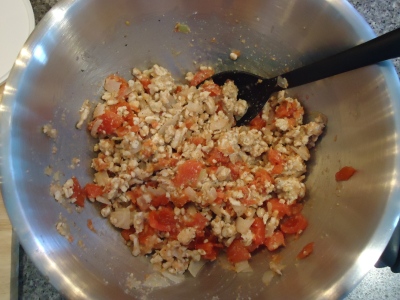 Here’s the fun part.  Using a spoon, stuff each pepper with as much turkey mixture as you can.  Then place in a baking dish that has been sprayed with cooking spray (unless you are baking them later). 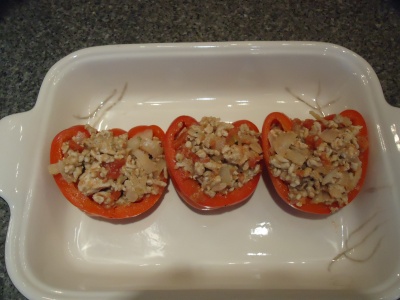 At this time I covered them and placed them in the refrigerator and then that night when I was ready to bake them I placed them in another baking dish that had been sprayed.  Of course, you could do all these steps together.  It was just easier for me to do the prep work earlier in the day.

Sprinkle each pepper with paprika to taste and top with a slice of cheese (unless you mixed shredded cheese in with the turkey). 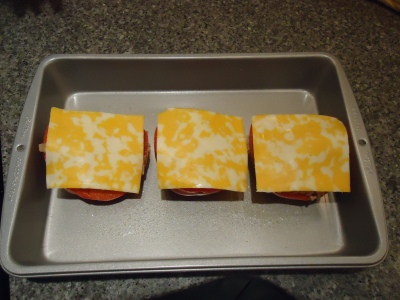 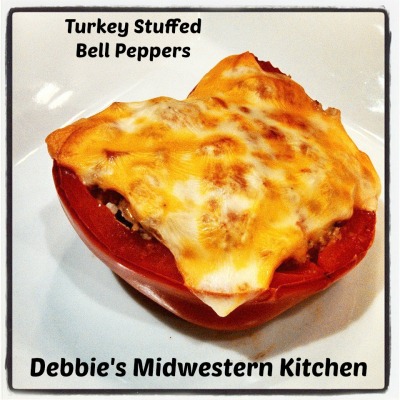 Unfortunately, I have another meal to add to the list of what I cannot serve during a Hawkeye game.  They lost on the road against Minnesota…our first time losing two games in a row this season.  Now onto Indiana tonight. Needless to say, I’m nervous!  Go Hawks!